NO Condo Bubble in Calgary nor Toronto!

These comments below are in addition to the report last week that said that because Toronto has:

they do need all of these new condos and it is not a bubble. Interesting.

Condo investors in Toronto have every reason to be keep smiling, with two separate bank reports suggesting their assets are almost certain to retain their value at the same time their cash flow gets buoyed by rental demand.

“As CMHC… mentioned, capital return for investors who bought new condominiums and decided to rent them once the construction was complete, could earn superior returns than on other investment products,” reads Laurentian Banks’ July economic outlook. “Furthermore, condominiums rents are generally 40% more expensive than apartments of same dimensions in the Toronto CMA, the most important spread in the whole country.”

RBC is also weighing in on the future of Canada’s most controversial housing market, suggesting there’s no indication condos, despite what most see as a glut of inventory, are in a bubble.

Far from it.
“Based on market activity to date,” say economists for the heftiest of Canada’s big banks, “the total number of new housing units (condos) completed by builders has not exceeded the GTA’s demographic requirements and is unlikely to do so by any significant magnitude in the next few years.”

That dual analysis effectively counters concerns that T.O.’s high-rise properties are primed to fall in value as renters find themselves spoiled for choice and investors are forced to slash prices. The naysayers are also worried that even new construction will be subjected to a major price correction and in the short-term, a phenomenon directly tied to mortgage rule changes making it harder to win financing.

That could, in fact, still happen, although not likely on the scale many analysts had predicted earlier this year, says Laurentian in its analysis.

This is a copy of the blog from Boris – the president of MERIX bank – a broker bank we love and deal with often. It is worth pasting all of it here AND it is good news! 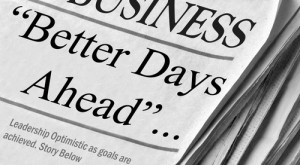 I’m referring to the real estate market in the U.S.  There have been some signs that real estate market may have reached the point where you can actually see the bottom.  Interesting to note that new home construction is up in many regions of the U.S.  Drive through parts of Florida and you’ll be surprised by the number of new homes being built.  Another sign is the number of pending sales just recently reported.  On a year over year basis, pending sales were up 14.5% in the West, 22.1% in the Midwest, 19.8% in the Northeast and 11.9% in the south.  Another sign that real estate market is getting better is due to increased foreclosures.

As odd as that made sound, a real recovery of the real estate market in the U.S. will only happen when financial institutions finally deal with the backlog of foreclosures.  Recent reports indicate the U.S. financial institutions are taking action against more delinquent home owners.  Statistics indicated that foreclosure proceedings increased by 6% in the second quarter as compared to the precious year.  That’s the first increase since 2009.  How is that possible?  Simple, banks chose to do nothing.  If the borrower didn’t approach the bank and request a loan modification or approval of a short sale, the banks were free to act at their own pace.  I suspect their motivation to deal with these issues had nothing to do with any kind of empathy for the home owner.  It was more to do with flooding the market with more distressed properties which ultimately would drive the prices down even further.  The shadow inventory is a subject that all stakeholders wanted to set aside and deal with it  in a mushroom growing fashion.  Clearly something has changed, and the banks now feel that the market can absorb the additional foreclosures.  This could have further impact on home prices in the short term but many analysts are predicting the drop could be as little as 1%.  Here’s another stat I found to be both encouraging and staggering.  At of the end of the 2012 first quarter, approximately 11.4 million homes or 23.7% of all homes with a mortgage in the U.S. were under water, negative equity.  On a quarter over quarter comparison it was 12.1 million homes or 25.2%.

There’s no doubt that U.S. real estate market has a long way to go before anyone would suggest that it’s a “normal” market.  Until they (the politicians, Federal Reserve, regulators etc.,) deal with the real estate issue there will be no full economic recovery.  Put aside the markets and consumer spending because the real estate market is the 800 pound gorilla. The real unemployment rate in the U.S is just over 14%, the 8.2% reported unemployment rate is manipulated data and reported by Obama sycophants, and will not come down until there’s marked improvement in the real estate market.  As soon as that has happened, the better it is for us.  We love it when Americans are working because they love to spend, and we have stuff  we would love to sell them.  Recently, given the value of the Canadian dollar, we been purchasing more in the U.S., like their homes.  If you’re thinking of buying a second home in the U.S., this might be the bottom.

This is good news. But remember, the market is smart and will start to increase bank and lending rates before in anticipation of the Band of Canada’s rate increase.

AND this does NOT mean that fixed rates will not increase. They are set by the prices of the bond market not the government. This only says the government will leave the Prime rate as is, which as been at 3% for about 2 years now.

TORONTO — The Bank of Montreal predicted Tuesday that the Bank of Canada will keep interests rates lower for longer than it expected.

Economists at the bank now believe the central bank will not raise its key rate until July 2013, six months later than their earlier prediction of January 2013.

The changes, which include a cut to the maximum amortization period for government insured mortgages cut to 25 years from 30, should stem some fears around growing household debt that would otherwise push the Bank of Canada to increase rates sooner.

“The tightening of the government’s mortgage insurance rules does serve to act like higher interest rates specifically for that sector,” Gregory said. “So that takes some of the urgency away from the Bank of Canada to adjust rates any time soon.”

The Bank of Canada has kept its key interest rate at one per cent since September 2010.

The rate affects the prime lending rates at Canada’s major banks and in turn influences all kinds of interest rates including those charged to variable rate mortgages and lines of credit.

Gregory said he expects that the Bank of Canada will change its projections for economic growth when it releases its new monetary policy report on July 18.

“I suspect it will show softer growth in Canada, partly because of global factors and in part because of what’s going on in the U.S,” said Gregory.